By BTfounderMay 17, 2016News
No Comments 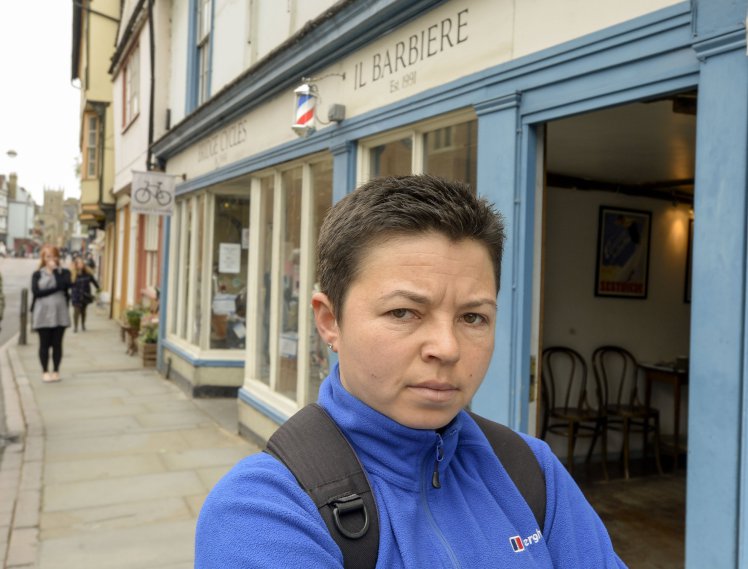 All Anna Kaminski wanted was a haircut that didn’t cost £35, as many do in women’s salons.

But when she popped into traditional barber shop Il Barbiere in Cambridge to get a trim, she says she was turned away because she was a woman.

Anna, 34, has visited barbers for years and never had a problem before.

But this time, she says she was told ‘Ladies is that way’ by a man who wouldn’t cut her hair and kept loudly repeating, ‘See you later’.

‘I was mortified because this was in front of two customers and his assistant and also because I was completely taken aback by his behaviour,’ Anna said.

MORE: This is what Gwen Stefani looks like with absolutely no make-up on

‘I have short hair and I’ve been getting my hair cut in barbershops for many years. This has never been a problem and no place has ever turned me away.

‘Had I walked into this barbershop and asked them for services they didn’t provide, a perm or something, then of course he would have been within his rights to tell me that they don’t provide that service.

‘But I was asking for exactly the same services as his other clients and, as such, his behaviour is illegal and in breach of the Equality Act. Plus, it was considerably upsetting to me.’

Should barbers be able to choose clients based on gender?

She said she sat down to wait her turn on May 4 without anyone saying anything.

When the client ahead of her was finished and got up to leave, she stepped forward – only for another male client who had walked in after her to try and take her seat.

‘When the barber saw that, he told me loudly, ‘See you later’,’ said Anna.

‘When I tried to explain to him that I was looking for a male haircut with clippers, he wouldn’t listen. I asked him, ‘do you not serve female clients?’ He wouldn’t answer me just kept repeating the same thing over and over.’

Lino Pizza founded Il Barbiere in 1991, which lists nothing on its signage outside to suggest women are not welcome.

Mr Pizza claimed he has not been present at the shop at the time but defended his shop’s policy of not serving women, claiming his staff preferred to cut men’s hair.

Mr Pizza said: ‘The mistake she made was she walked into the wrong shop. It’s not discrimination. There’s a ladies’ hairdresser down the street.

Sam Smethers, chief executive of the Fawcett Society which promotes equality and rights for women, said: ‘We know that sexist pricing means women already pay more than men for the same products and services.

‘This kind of discriminatory practice is likely to be illegal as it cannot be objectively justified.’

‘A lot of the time, we don’t want to mess up a girl’s hair. They can get all funny if you get it wrong.’

Mr Pizza added he did not blame the staff member for their behaviour.

‘I suppose, when you’re busy, anybody can be a bit abrupt,’ he said. ‘But some people want things to go their own way all the time.’

Mr Pizza said he would like to apologise if anyone had been upset by what had happened.