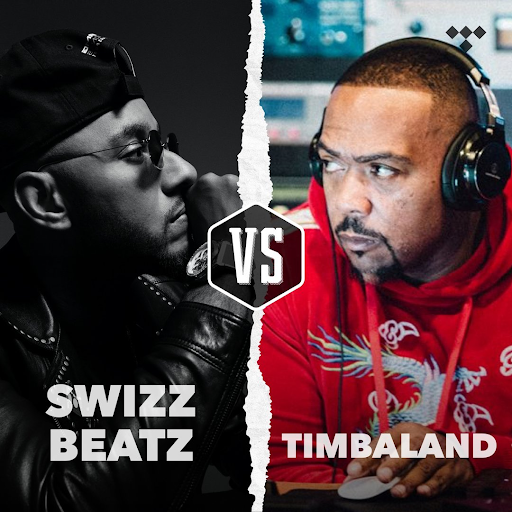 Between the 1980’s and early 2000’s artists actually got together and battled out to see who was the best. That competitive spirit has been somewhat fractured by today’s Soundcloud rap era, in which an artist doesn’t necessarily need to display his or her ability to rap in order to remain relevant. Created by producers Swizz Beatz and Timbaland, Verzuz TV battles have become a big hit since the recent COVID-19 pandemic. With it bringing legends and rookies within the r&amp;b, hip hop, and rap industry together, fans all around the world got to see a glimpse of the true competitive nature between artists.

The battles consisted of two artists (or groups) in the battle having twenty rounds of a song being played by one challenger, then the other challenger playing a song they think is better. Some of r&amp;b and rap’s biggest names got together and went hit for hit throughout the Verzuz TV series including Fabolous vs. Jadakiss, Ludacris vs. Nelly, Snoop Dogg vs. DMX, T-Pain vs. Lil Jon, Erykah Badu vs. Jill Scott, Gladys Knight vs. Patti LaBelle and Monica vs. Brandy. Artists competing to see who has the better catalog was uplifting and even brought fans together since they decided who won the battle. This mainly resulted in intense debates before, during, and after the battles. The way that fans were going at it reminded me of the Biggie vs Pac debates that people still discuss to this very day. The producer battles were even more fun to watch, as top hitters such as DJ Premier, RZA, Mannie Fresh, Hit-Boy and Boi-1da went head-to-head. Throughout the producer battles you’re reminded of some of the songs you may have forgotten they produced, or maybe even find out that they produced one of your favorite songs. The most entertaining and competitive producer battle had to be DJ Premier vs. RZA, these two went hit for hit for almost three hours, as well as introduced unreleased beats that were simply amazing.

The Verzuz TV series also managed to settle old beef while kindling a new one. Since 1998 there had been a beef between singers Monica and Brandy, and on August 31, 2020 they came together and battled to see whose catalog was better. Despite some minor tension during the battle, they managed to hold it together and get past their beef, their battle was also the most viewed with 1.2 million viewers. The Verzuz TV series brought Monica and Brandy together, however, egos were on full display with 50 Cent and T.I going at it on Instagram arguing about album sales, their individual impact on the rap game, and about a possible Verzuz battle. Although it has yet to happen fans are still heavily anticipating this battle, being that they both have a large catalog and possibly unreleased music that fans would absolutely love.

The Verzuz series reminded me that more than half of the artists we listen to on a daily basis have a longer catalog than I thought. It also reminded me that there is still some competitiveness within the rap industry, it’s just the way that the artists go about it that makes it so much different than what it once was. COVID-19 took away concerts and the rap industry provided its fans with friendly competition. We got to see some of our favorite artists be themselves with one another and have fun with it, while they also engaged with their fans and gave them something to debate over.