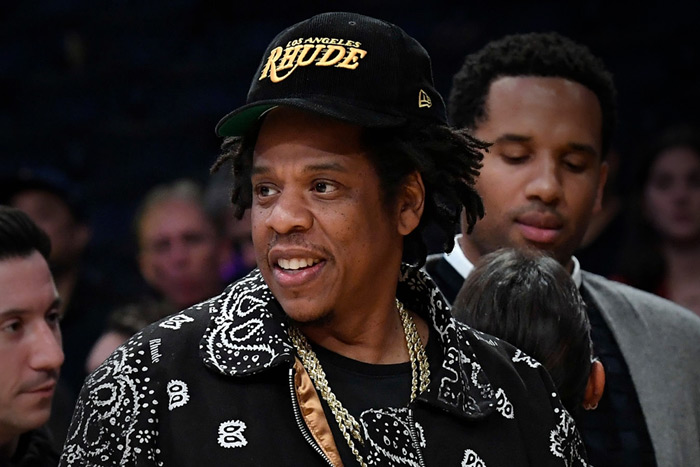 How Jay-Z stays on top Jay- Z, one of rap’s richest and biggest household names has been in the rap game for over thirty years. Many wonder how he’s remained so relevant and influential throughout the years, considering his years of domination were between 1996 and 2003. The answer is versatility and growth. In contrast to many greats within the rap industry, Jay- Z’s music has not only changed within its production, but his lyrical content matured throughout the years as well. The one thing that Jay- Z’s proved throughout his career is that he can always adapt to the newest trends when it comes to what appeals to his audiences’ ears, young or old.

Throughout his career Jay- Z experienced three different phases in which he applied changes to either his lyrical content, production, or both. Beginning with his earlier albums such as Reasonable Doubt, In My Lifetime, Vol. 1, Hard Knock Life, Vol.2, and Vol 3: Life and Times of S. Carter, a majority of his lyrical content revolved around how murder, drugs, and the greed of others influenced him. He dives deep into this influence on a track on Reasonable Doubt, “D’evils”. On “D’evils” he said, “We used to fight for building blocks. Now we fight for blocks with buildings that make a killin’. The closest of friends when we first started. But grew apart as the money grew and soon grew black hearted.” This song specifically covers the betrayal of one’s life-long friend due to greed, resulting in the death of one of them. Similar to veterans in the rap industry such as Nas, Jay-Z spent his early years in the industry telling stories of the life he once lived.

By the time Jay- Z released The Blueprint in 2001, he had strayed away from strictly talking about the drugs and murder that influenced him. His lyrical content had become more intimate and relationship related due to R&B’s raging popularity in the early 2000’s, and his new love interest at the time Beyoncé Knowles. On tracks such as “Girls, Girls, Girls” (parts one and two), “Song Cry”, and “Soon You’ll Understand” Jay- Z can be heard telling stories of failed relationships and how free he was when he was a single man. Jay even displayed his versatility in 2004 by releasing Unfinished Business, a collaborative album featuring him and R. Kelly.

By 2007 Jay- Z hit his experimental phase. This phase began with his 2007 studio album American Gangster, which was inspired by the motion picture starring Denzel Washington. American Gangster was an extremely important album to Jay’s discography on a personal level, as former foes Nas and Beanie Sigel can be heard featured on the album. The production of this album is what made this his first experimental album. In order to match the era in which the film is portraying (late 1960’s and early 1970’s), Jay rapped over samples from some of the most influential artists of that time period including Tom Brock, Curtis Mayfield, Larry Ellis and the Black Hammer, and The Dramatics. In 2009 and 2013 Jay- Z continued to experiment with production on his eleventh studio album The Blueprint 3 and his twelfth studio album Magna Carta… Holy Grail. Although there were at least three tracks on each album that appeared on the top billboard 100 list, many people still considered these albums flops. In regard to the production, it was interesting to hear Jay- Z on a lot of those beats considering they were beats that would appeal to mainly his younger listeners.

His final transition began in 2017 when he released his thirteenth studio album 4:44. On 4:44 and his most recent projects (THE CARTERS) EVERYTHING IS LOVE (2018) and (Jay Electronica and Jay- Z ) A Written Testimony (2020) he’s no longer rapping about the drug life and murder, it’s all about fatherhood and uplifting the black community now. This transition (and what may be Jay’s final form) is what he needed in order for his fans to not only see his mental growth, but for them to grow with him as well, especially the fans that have been following his music for the thirty years that he’s been in the rap industry.

For a fanbase to grow with an artist is hard, considering there will always be new trending sounds, as well as commands from an artist’s fanbase. Jay started off his career saying things such as, “Come test me, I never cower. For the love of money, son, I’m givin lead showers. Stop screamin’, you know the demon said it’s best to die. And if Jehovah witness, bet he’ll never testify…”.  The fifty-year old rapper is now looking ahead into the future instead of looking back at his past, he’s moved onto making music for his daughter Blue-Ivy Carter. On “Legacy” off of 4:44 Jay-Z said, “My stake in Roc Nation should go to you. Leave a piece for your siblings to give to their children too. TIDAL, the champagne, D’ussé, I’d like to see. A nice peace-fund idea for people who look like we.” Jay-Z has evolved into the perfect role model for the younger generation of black children through his image and words of wisdom. Jay-Z is one of the best of all time and he proves it throughout his entire discography.