By BTfounderMarch 2, 2016News, Video
No Comments 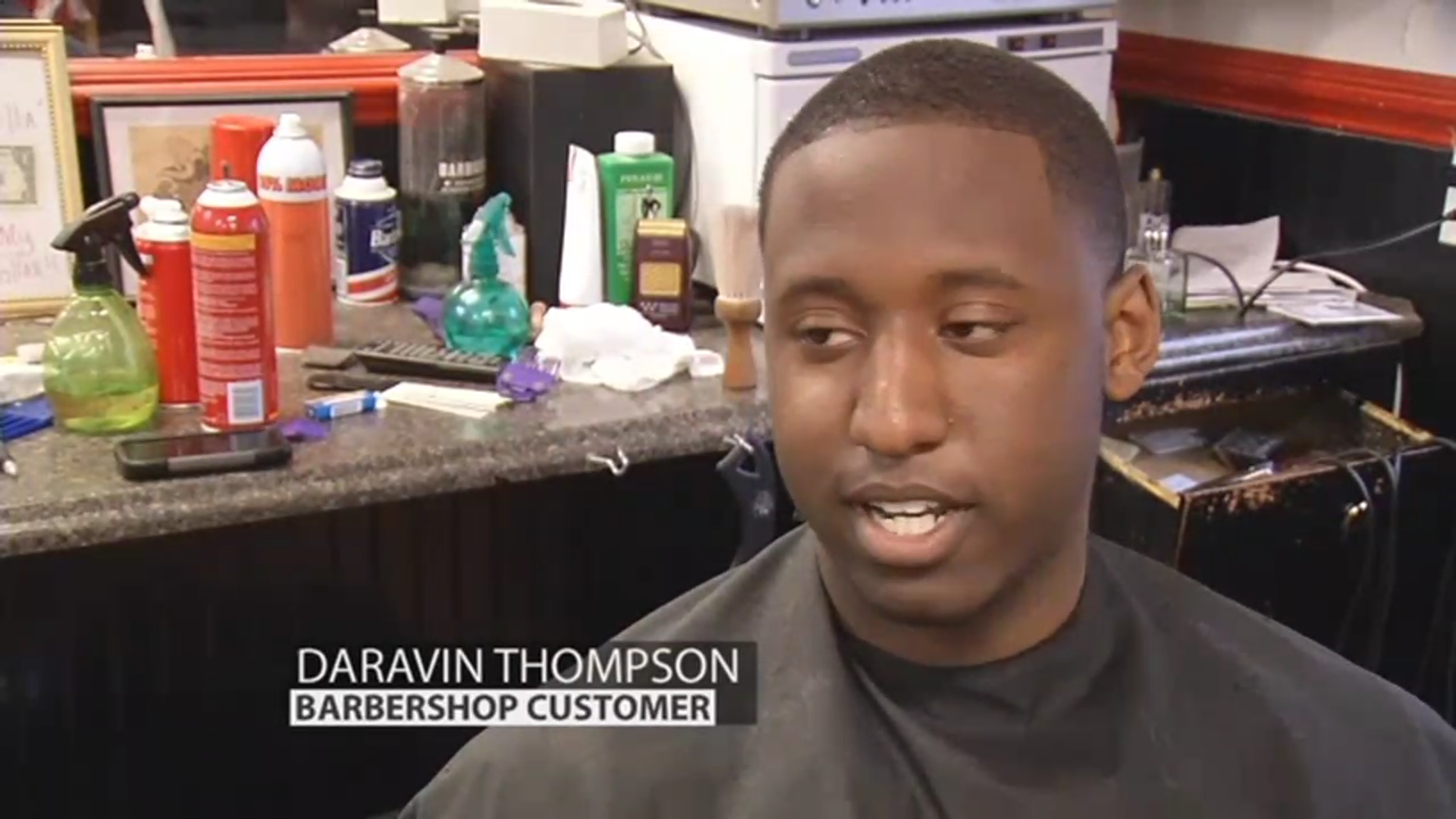 LOUISVILLE, Ky. (WDRB) — The owner of a barber shop mentioned in “Breaking Cardinal Rules” has filed a lawsuit against Katina Powell and IBJ Publishing.

Powell, 42, has claimed she hosted 22 stripping and sex parties from 2010 to 2014 inside Billy Minardi Hall, the on-campus dorm for athletes.

Powell has said that former Louisville graduate assistant Andre McGee arranged the parties and paid her $10,000 for supplying dancers.

According to the complaint, in the book’s first few pages, Powell claimed she met a friend named “Tink” at Cardinal Kuts, a barber shop owned by Donald Patterson in 2010, “where the smell of marijuana wasn’t unknown.” The book says that’s when Tink proposed that Powell provide dancers for University of Louisville basketball players.

According to the suit, on page 20 of the book, Powell claims Kentae (Donald Kinte’ Patterson) “requested a bachelor party that became a disaster.”

The lawsuit says those statements cannot be true because Cardinal Kuts was not in existence in 2010 and 2011, and that Patterson didn’t begin the shop until 2013.

WDRB has confirmed through the Secretary of State’s office that Cardinal Kuts did not begin operating until 2013.

Patterson didn’t want to go on camera, but he invited only WDRB inside his place of business.

His clients say they’re still surprised by the allegations.

“With the drugs and everything, the strippers, that doesn’t look like him. The image of the shop does not portray what the story is,” said Daravin Thompson.

According to the lawsuit, Powell’s book stated that “marijuana was commonplace” at the shop and implied that Patterson took part in introducing McGee to Powell “and set up the promotion, advancing, and profiting from dancers, escorts, strippers, and/or prostitutes at the University of Louisville.”

“He’s given me nothing but professionalism since I’ve come in here. He’s a great businessman,” said Bennie Smith, who’s been coming to the barbershop since 2013.

Because of those statements, the lawsuit claims that Patterson has suffered “injury to his reputation, lost barber clients, lost income, had to quit coaching, and was required to change the name of his shop to Patterson’s Barber Shop.”

“He’s lost customers. He’s been a coach in the past. It’s difficult for him to continue coaching because they, parents, question is he involved in prostitution, is he involved in the book and has he been involved with Katina Powell,” said Nader Shunnarah, who’s representing Patterson and 11 other plaintiffs in the lawsuit.

As for “Tink,” we’ve learned his real name is Paul Puryear, Jr. who wasn’t a part-owner at all, but instead, a barber at the barbershop.

“Mr. Puryear has denied any that he has had any relationship with Andre McGee.  He says he doesn’t even know Andre McGee, that he did not make some sort of arrangements for Katina Powell to go dance at the University of Louisville,” Shunnarah clarified.

The suit is asking for damages for “intentional infliction of emotional distress/outrage” and “civil conspiracy.”

The defendants have filed a motion to dismiss the case. The next hearing is scheduled for March 30th