CLEVELAND, Ohio — The Republican National Convention doesn’t come to town until July 18, but Waverly “Big Wave” Willis is already enjoying the fruits of greater exposure at his Urban Kutz Multicultural Barbershops on Cleveland’s West Side.

Willis said it only took about a month after Cleveland won the bid to host the RNC that he started seeing new faces in his barber chairs.

They come to town for construction and window-washing jobs, for office jobs or on security details. Together, they have boosted business at his shops at least 20 to 25 percent, he said.

When asked where he heard about Urban Kutz, one man said: “I saw a guy on my crew, and he had a nice haircut, so I asked him where he got it.”

“Word of mouth is always the best advertising,” Willis said. “The whole attitude towards the city has changed; it did a complete 180. I’m so excited that Cleveland is on the rebound.”

Urban Kutz Barbershops is among more than 1,670 local businesses that have registered and been approved as part of the Host Committee’s guide to local businesses for the RNC Committee on Arrangements, from florists and bakeries to caters and shoe repair shops.

Registering for the site at www.2016cle.com/supplier-guide is free, but does not guarantee any RNC-related business.

“All businesses that are located in Northeast Ohio are welcome to sign up for the Cleveland 2016 Host Committee’s Suppliers Guide,” said Jen Kramer, communications manager for Destination Cleveland, the region’s convention and visitors bureau. “Those that have been included in the guide are in close proximity to the hotels around the region that will welcome visitors, ranging from Mentor to Elyria to Downtown Cleveland to Fairlawn.”

The Republicans who walk into Urban Kutz tend to request neat, conservative, traditional haircuts, Willis said. “Some of them want a little flair, tapered and squared off in the back and on the sides,” perhaps combined with a hot towel razor shave, said Kew the barber, who declined to give his last name.

What about the wilder cuts with decorative parts or designs shaved into the scalp? “Not so much,” Willis said. “Kids can be really mean”

Willis never set out to become a barber. He was the youngest of his single mother’s four children, and “by the time I came along, she thought she was a professional barber,” he said. He wasn’t the only boy in the neighborhood whose mother cut his hair, but his homemade ‘do especially stood out. “She used to do a really, really terrible job.”

“Kids can be really mean,” Willis said, shaking his head at the memory. “Especially when you walk around with a terrible haircut on your head.”

By 8 years old, he was tired of the teasing. When his mother picked up her clippers, “I grabbed her wrist and asked if I could cut my own hair. She said, ‘I could care less who cuts it, as long as it’s cut.'”

“At first, I was doing just as bad a job as my Mom,” he laughed. But he kept practicing, on himself and other small boys who would let him. “I knew I was getting better when those same people who were teasing me started asking me to cut their hair.”

Willis spent his Saturdays clipping other boys’ hair for $3 a customer. He made $60 a week, and gave his mother $20 for electricity. Now he charges $20 for an adult haircut.

“Google ‘barbershop,’ and we’re the first one that pops up”

Willis graduated from Shaw High School in 1989, and spent some time between jobs before he got his degree in nonprofit administration from Cleveland State University in 2013.

“Google ‘barbershop,’ and we’re the first one that pops up,” Kew the barber said proudly.

When Willis opened his first Urban Kutz shop in May 2008, he designed it as a multicultural barbershop that would welcome everyone who walked in the door.

“It’s imperative, because of our clientele, that all my barbers know how to cut anybody’s hair here, and if you’ve got a problem with that, this isn’t the place for you,” he said.

“You will not hear any profanity or vulgar language in this family-friendly atmosphere,” the website promises. “All are welcome at Urban Kutz Barbershop, and it is reflected in our cornucopia of clientele. Every race, nationality, creed, and lifestyle comes through the door, and are all treated respectfully.”

“Fades, tapers, mohawks, frohawks, hard part cuts, flat tops, eyebrow arches, coloring, razor lines, facials, designs and whatever you can think of. If it deals with barbering we can do it. ANY HAIR TYPE, ANY STYLE, whether it’s straight, kinky, or curly we can cut it. Kids love us too, and certainly are welcome here.”

“What the heck is going on under that hair”

“Hillary [Rodham Clinton], we can make her look so much younger, accent her attractiveness. Powerful women are very attractive, and that would help her a whole lot with the voters.”

Willis is dying to cut Donald Trump’s hair. “I want to see what he heck is going on under that hair. Even though he’s a billionaire, he would get that on the house.” 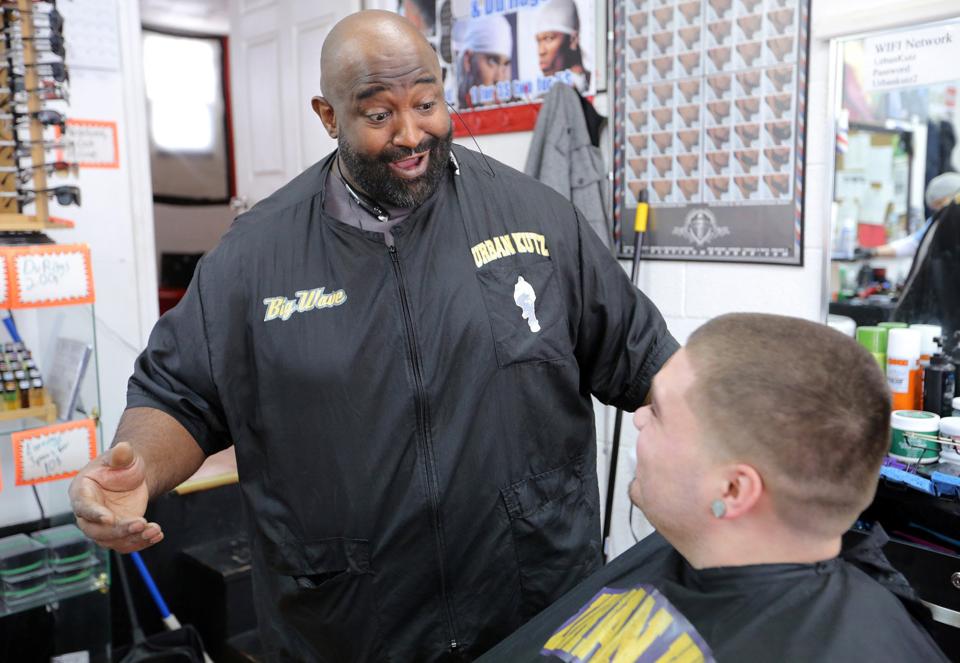 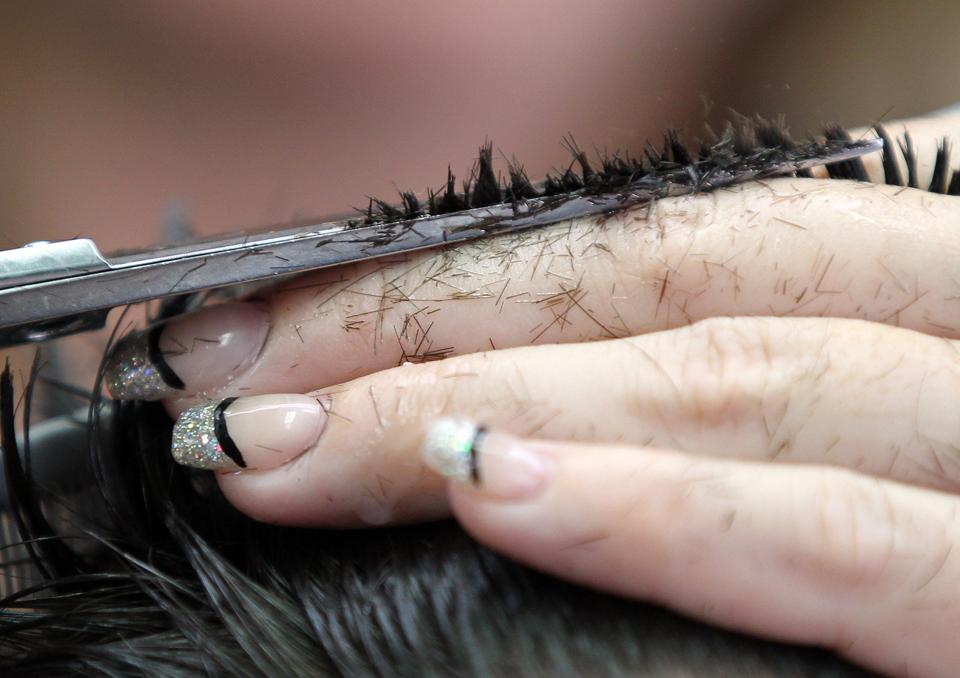 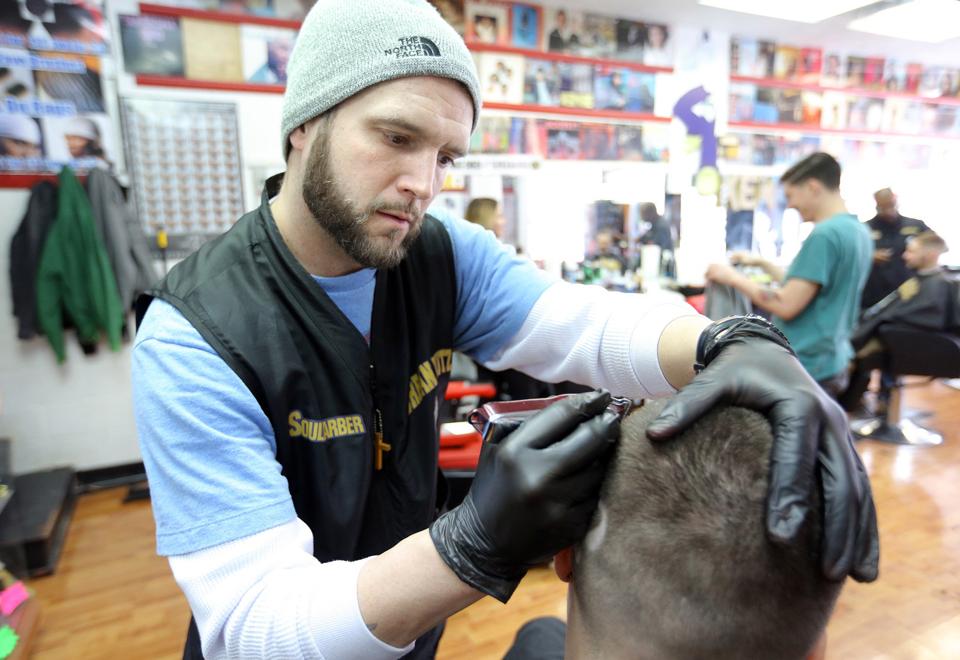 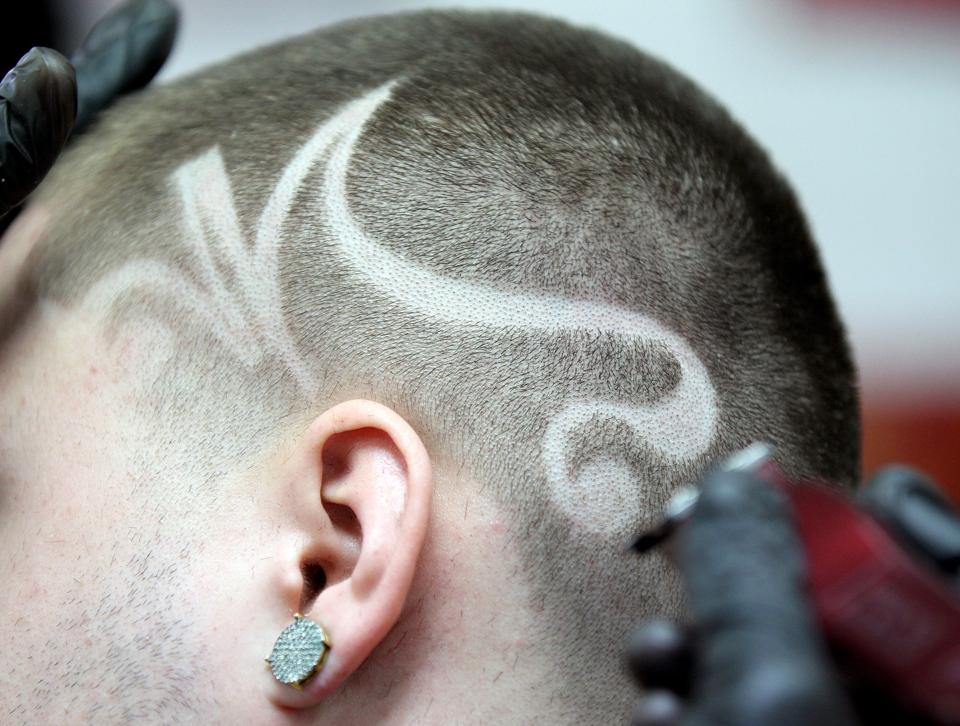 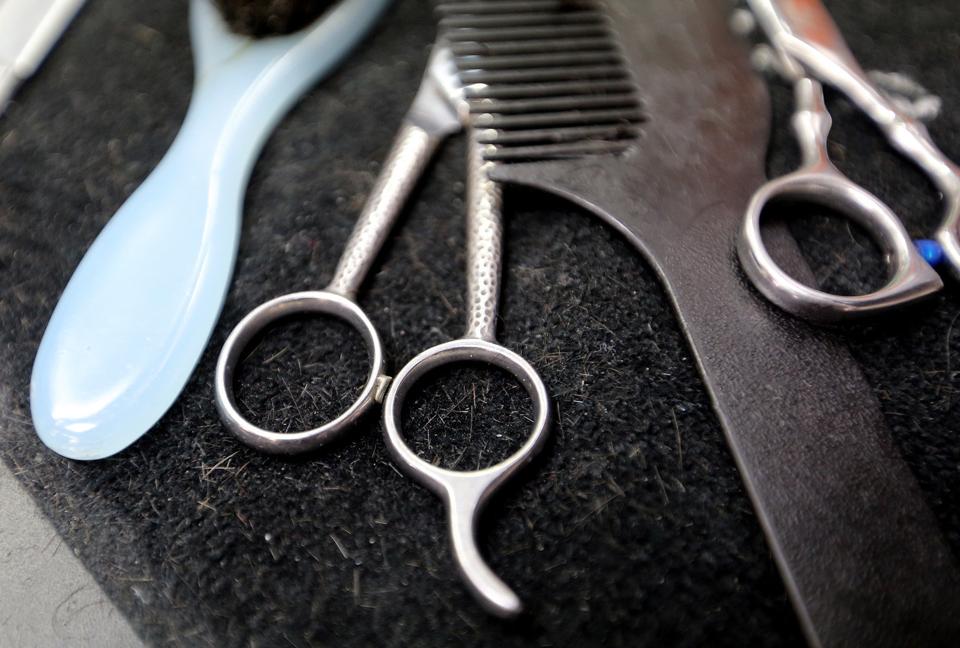 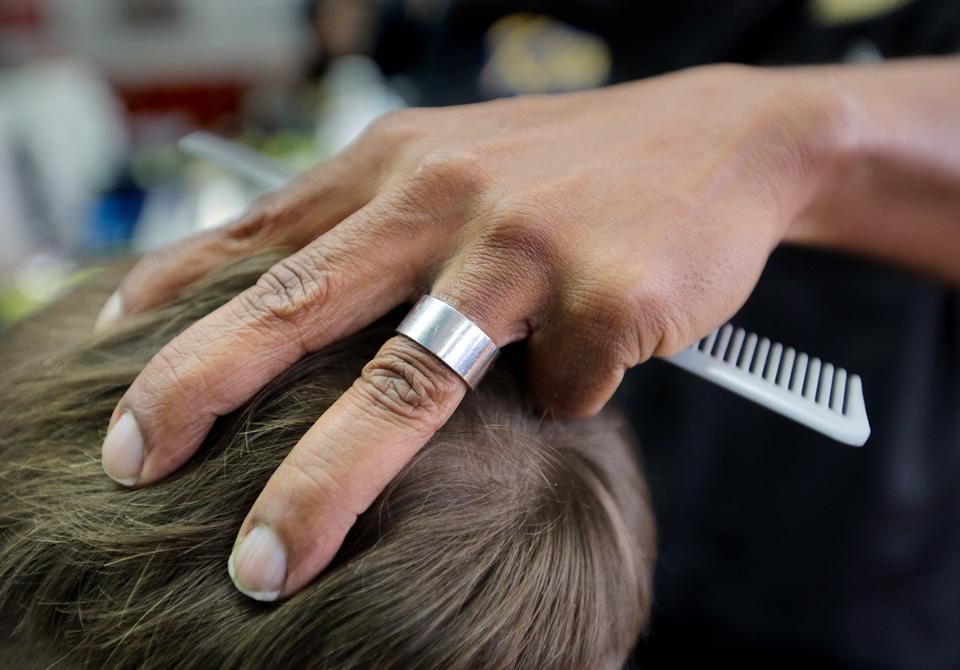 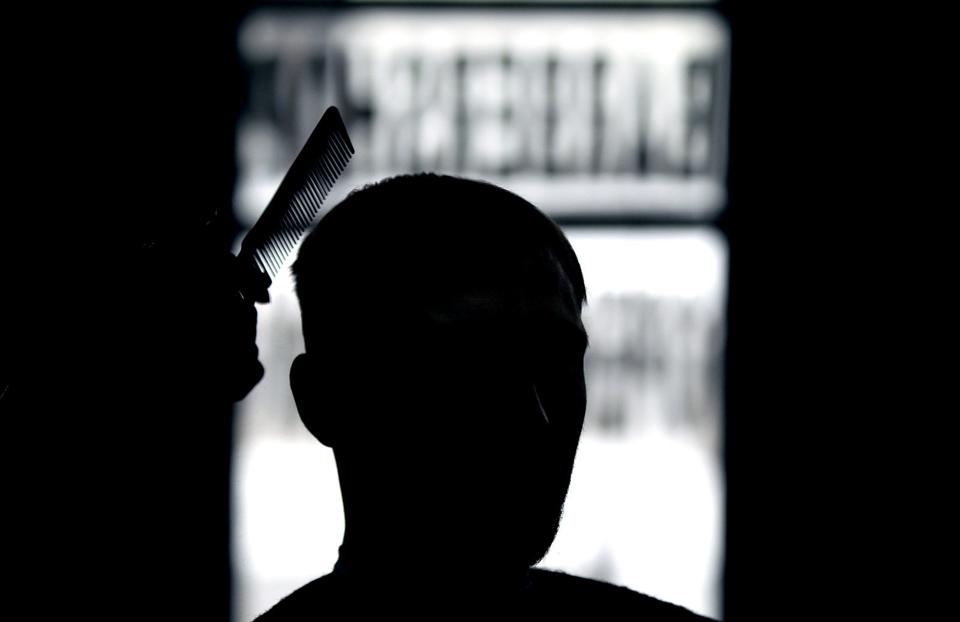 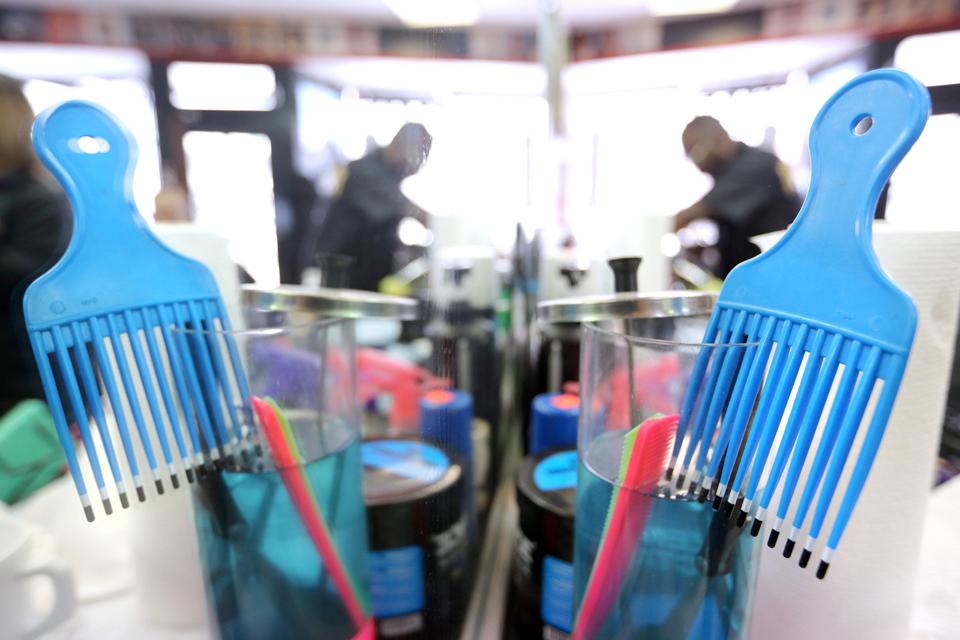 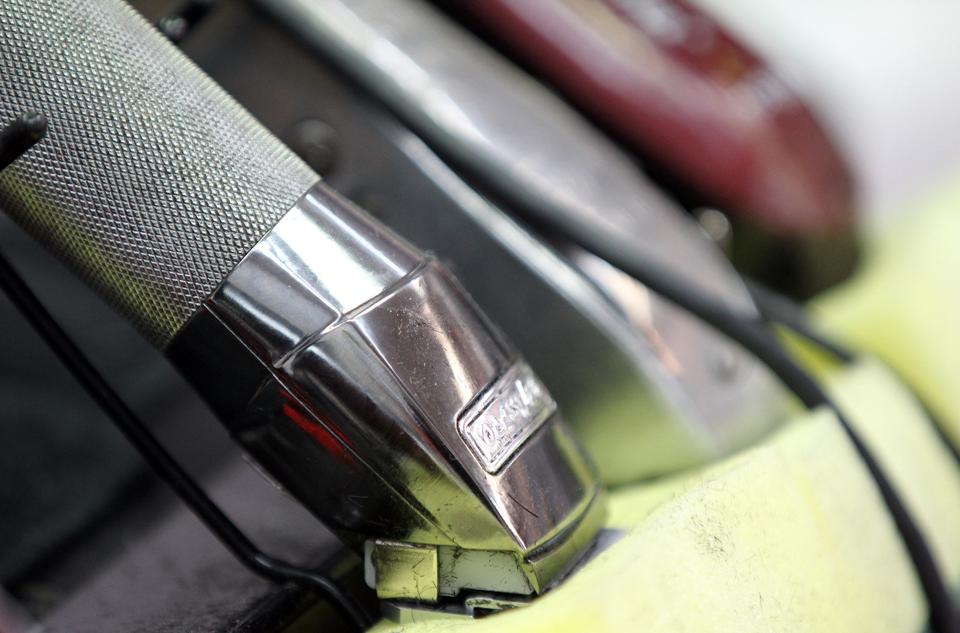 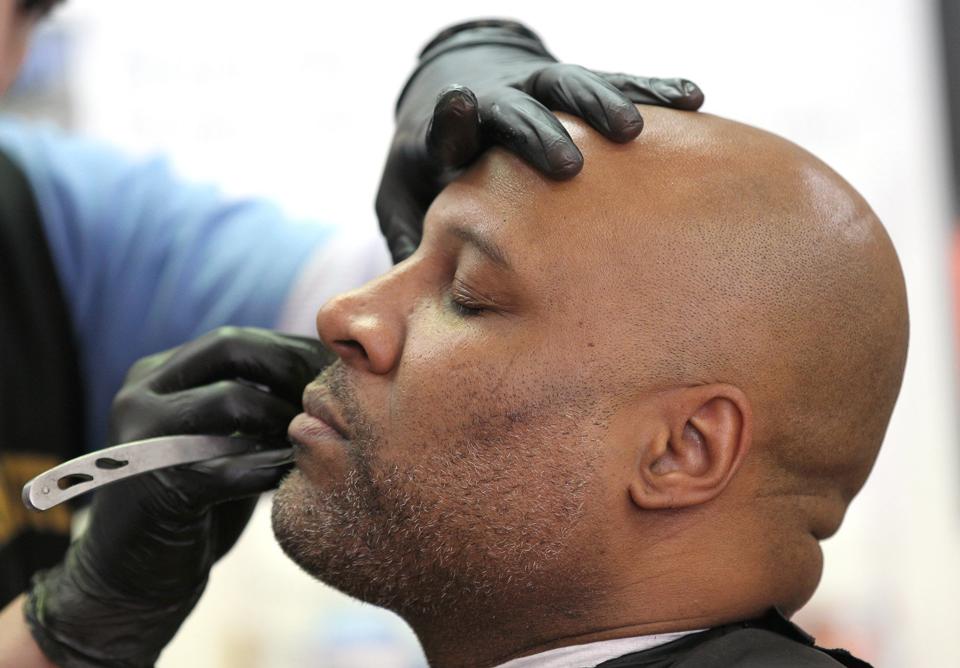 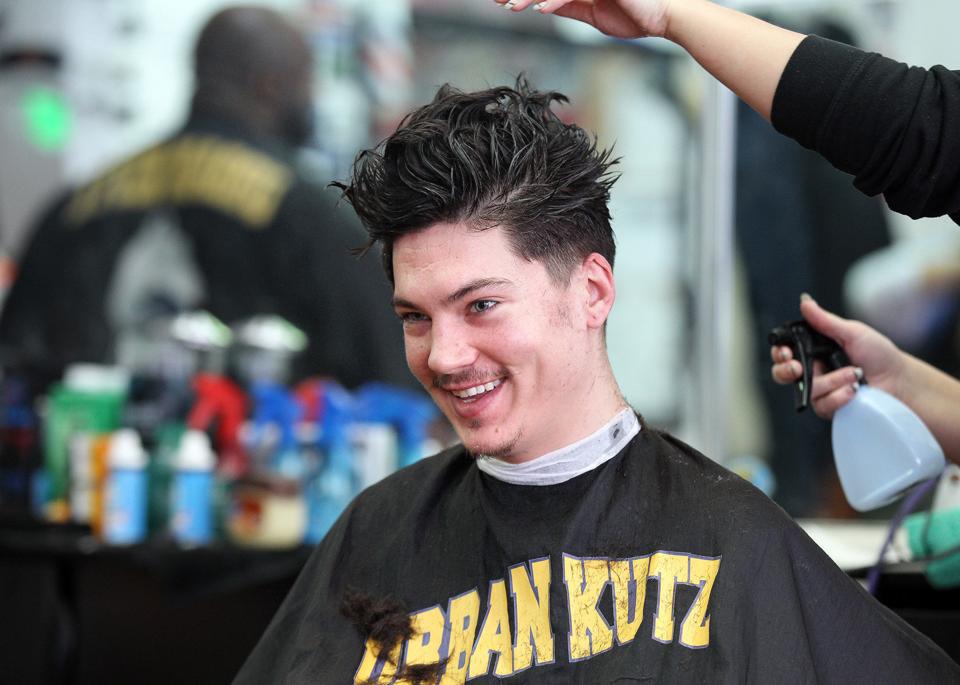 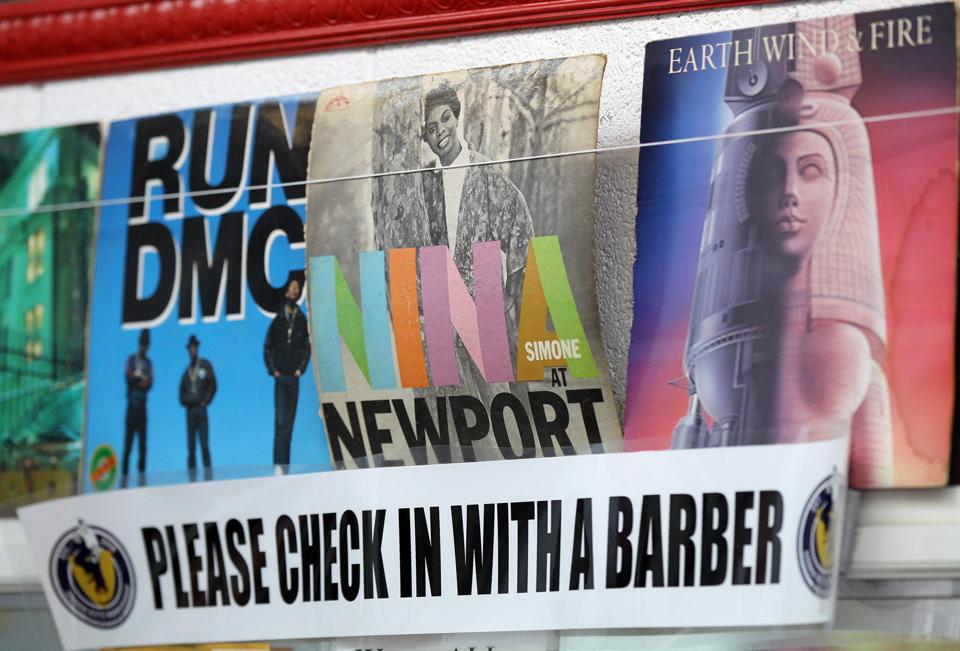